7610 Gujarat Police recruitment announcements in the state police department, find out where the recruitment will take place?

How much space was allowed for Gujarat police post?

In order to strengthen the Gujarat police force of the state, a joint proposal for a total of 104 posts of various cadres was approved under the new service – 2020-21.,

The proposal was made to the Director General of Police and the Chief Police Officer for approval from the letter (c) taken in the above reading.

As part of the remediation of the situation arising in the state due to the novel Corona virus (Covid-18) on 18/06/2050, the budget of the Home Department in the place of the Hon’ble Chief Minister.

e. 3. The expenditure of these issues shall be borne by the State Government as well as in the prescribed manner as per the provisions of the resolutions / circulars and rules applicable from time to time.

The principles of financial fairness regarding the costs incurred in making this approval shall be enforced. Pay, the grant allocated under this sanction may not be used for any other purpose.

The remaining amount will have to be surrendered by the end of the year.

The conditions prescribed under the scheme must be strictly adhered to. Class-I and Class-III vacancies will have to be filled as per the provisions of the recruitment rules.

Read also: 10 lakh+ women in the state will get loans of up to Rs 1 lakh at 0% interest to start a business, housing industry.

Class-III vacancies as per the provisions of recruitment rules, if they are promoted, and if they are directly recruited, then the date of the finance department. 17/08/2009 and Dt. Of General Administration Department.

The fixed salary policy enacted with the resolution of 7/8/2009 and the provisions of the amendments made from time to time have to be paid.

Salary of those posts

Standards R.O.P. – It has to be confirmed whether it is as per 2009. 10, After the candidate who is appointed through direct recruitment gets regular appointment, as per the provision of Resolution No .: Napan / 2009 / GOI / 10 (P.F. Must be covered under the new enhanced pension scheme introduced from 1/4/2008.

12. Recruitment for these posts shall be done following the existing recruitment rules and fixed recruitment system of the Government.

12, Candidate should have passed / qualified the prescribed computer skills examination as per the existing recruitment rules for computer knowledge.

Read also: This is the easiest way to clear the data of WhatsApp and boost the memory of the phone!

13. The State Government will have to strictly enforce the prescribed work load from time to time.

13. These newly approved vacancies are allowed to continue till the end of the financial year.

If the vacancies are to be continued from time to time, the department will have to submit a financial advisory to the finance ministry one month before the expiry of the vacancy proposal and get permission to continue the vacancies for a longer period.

Pursuant to which, for the proposals as per the attached form, a total of 310 posts of various cadres as mentioned below were sanctioned under the new service – 2020-21 from the above mentioned order (2) read above by the Director General of Police and Chief Police Officer.

After careful consideration of the aforesaid joint proposal, in order to strengthen the police force of the State, for the purpose as mentioned in the accompanying form, to create a total of 310 posts in various cadres and to continue till 5/09/2021 and a total of Rs. 10 / – crore (Rupees fifteen crore one lakh in number) hence administrative sanction should be given.

1. This administrative sanction is subject to the following conditions.

Expenditure incurred under this sanction shall be subject to the budgetary provision of that year and within the limits of the grant allotted from time to time by the Finance Department.

Subject to the existing rules for the present work, adequate budgetary provision has to be made in the current and next financial year.

The vacancies in Sr. No. 8 to 20 shown in the table should be filled outsourced. Expenditure in this regard as per the provision made in the budget of the financial year 2020-21.

Read also: Musical drive in The world during covid-19

The police themselves. Will have to borrow under. 3 / – These orders are issued on the file of the same number of this department as per the approval received from the note of the Government dated 05/06/2050.

By order of the Governor of Gujarat and in his name 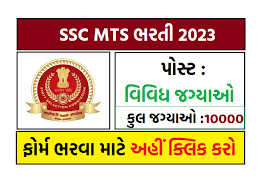 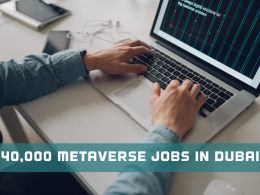