Dasvi Movie, starring Abhishek Bachhan, will not be shown in theatres and will instead be released digitally. Dasvi’s producers have said today that the film would most likely launch on Netflix and Jio Cinema on April 7, 2022, which has yet to be confirmed. Besides Maddock Films, which financed the movie, Netflix and Jio Cinemas also contributed to the project. Please keep checking back with us for more information about Dasvi movie.

Abhishek Bachchan, the Bollywood actor, is making headlines with his latest film, ‘Dasvi.’ The trailer for his next flick was just unveiled. Junior Bachchan will portray Gangaram Chaudhary, a former chief minister who is now serving a prison term on corruption allegations during the film.

Gangaram has barely completed eighth grade, and as a result, he is experiencing a great deal of difficulty in prison. He determines that he will continue to administer the ’10th’ test. Following the film’s release, it will be interesting to see whether Abhishek Bachchan, who has taken on the role of Ganga Chaudhary, will be able to pass this examination. At this point, Gangaram might either pass or fail the ’10th’ examination. Read also: Gujarati Movies Download Websites List. Free Download HD Gujarati Movies 2020.

Dasvi movie is Abhishek Bachhan’s greatest film in his career as he is portraying an illiterate politician, and this sort of role he has never done before, and a lot of fans are waiting for its debut. The film is slated to premiere on April 7, 2022, on Netflix and Jio Cinema. Known as the most under appreciated actor in Bollywood, Abhishek Bachhan has been branching out and appearing in various diverse films in the recent past.

Due to the film’s producers disclosing that Netflix and Jio Cinema have acquired the digital rights to the film, Dasvi, Abhishek Bachhan’s much-anticipated film, is set for a digital release shortly. You’ll need to sign up for a membership service if you want to view the movie, which is scheduled to release on April 7, 2022.

According to the teaser, Abhishek is building a name for himself in a Jat persona that is uneducated and rustic in appearance. Yami Gautam is making a name for herself in the role of a dhaakad IPS officer, while Nimrat Kaur is a pleasant surprise in a devoted wife who sits in her husband’s favorite chair. Read also: MobiKwik App | UPI, Bills, PayLater

When it comes to the trailer, it gives us a glance into the beautiful universe of ‘Dasvi.’ This is making you chuckle. It also illustrates why education is vital for a human being to communicate. While portraying a politician from Haryana, Abhishek seemed to be making a lasting impression.

This film has a lot of speech that will make you whistle and some charming music. The trailer does an excellent job of conveying the lighthearted atmosphere of the flick. It seems that the public will have the opportunity to watch a delightful movie and win a lot of money in April.

Dasvi’s story revolves around an uneducated powerful politician in a rural village. After a series of unexpected events occur in the community, the influential politician realizes the importance of education and begins to fight for all children to have access to education. Read also: HD Streamz Apk for PC – Windows Edition & Mac [Free Live Tv]

Dasvi The film, which also stars Nimrat Kaur in a pivotal role, is also casted by Abhishek Bachhan and stars Yami Gautham as the main lead. Tasked with directing his feature film debut, Tushar Palota also serves as producer, with Dinesh Vijan working under the banner of Maddock Films in association with Jio Studios. 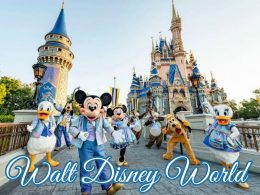