If you too were looking for a Made in India social media app then your search is now over. The country’s first ‘Super Social Media App Elements’ is going to be launched tomorrow, i.e. on July 5. The important thing is that the launch of this app is going to be done by Vice President M Venkaiah Naidu. It claims to be the first social media app in the country.

500 million people in India use social media, but sadly, most of these social media platforms are dominated by foreign companies, which has intensified the debate on data privacy and data dominance. In such a situation, there is a debate about the Made in India app and after banning Chinese apps, people are downloading home apps.

Elyments have been designed by more than a thousand IT professionals. Elyments is the first social media super app made in India, the app already exists on the Google Play Store and has been downloaded by over one lakh people, but its official launch on July 5 by Vice President of India M. Venkaiah Naidu will.

The founder of Art of Living, Sri Sri Ravi Shankar will also be at its launch. Celebrities like Swami Ramdev, Ayodhya Rami Reddy, Suresh Prabhu, RV Deshpande, Ashok P Hinduja, GM Rao, Sajjan Jindal will also be present at the launch of the app.

The data of the users of Elyments app will be kept safe in the country and will not be given to any third party without the explicit consent of the users. This app is available in more than eight Indian languages. Apart from social media feeds, this app will also feature audio-video calling.

♦ Elyments was built with an aim to keep the user’s privacy in mind, as a primary concern.
♦ The product was designed by India’s top privacy professionals.
♦ Data of users will be stored in the app and will never be shared with a third party without the user’s explicit consent.
♦ The app is available in more than eight Indian languages.
♦ The app aims to combine the special features of popular social media apps and present it on a single unified app.
♦ The app will allow the users to stay in touch through a vibrant feed, seamless free audio/video calls, and private/group chats.
♦ Elyments also aims to launch:

Elyments has been designed by more than 1000 IT professionals.  The app is the first social media app made in India, so it is already present on the Google Play Store and has been downloaded by over one lakh people.  But its official launch will be on July 5 by Indian Vice President Venkaiah Naidu.

This app is still available on Google Play Store and millions of people have downloaded it.  However, there was no official launch, which is going to happen tomorrow.  This app will be available in 8 languages ​​and will also have the facility of audio-video Call

This app is available in 8 other languages

Chat, share and view exciting content in India’s favorite social networking app
Elyments is a comprehensive social networking app that is literally a one-stop-app for everything you might need. Connect and converse with friends, share updates, network with like-minded people, discover interests, make seamless voice and video calls, and much more with Elyments.

Unleash your photography skills with our meticulously designed in-app camera. Create and post timeless moments to share real-time updates with your circle. Take your photography game to the next level with inbuilt filters and AR characters.

Cut the distance by keeping in touch with friends from across the globe through lag-free, instant messages. Have individual or group chats from within the app and keep the conversations going!

Keep up-to-date with the activities in your circle and also stay abreast with the latest events and news from around the world. Choose from a variety of topics and get updates and breaking news for the interests of your choice.

Keep your data private and secure

Elyments is a well-thought and indigenously designed app to ensure that you make the most of social media while keeping your data safe and secure. With end-to-end encryption, Elyments ensures that your data remains safe from prying eyes. All our servers are hosted in India, thus providing a fast and breezy experience.

Elyments has been entirely built in India by a young team of passionate people who firmly believe in the ancient Indian concept of Vasudhaiva Kutumbakam or a one-world family. Though made in India, Elyments is a global platform for people of all walks of life to come together, converse, learn, and grow together.
Elyments app users’ data will be protected in the country and will not be given to any third party without the explicit consent of the users.  This app is also available in 8 other languages.  In addition to social media feeds, the app also features audio video calling. 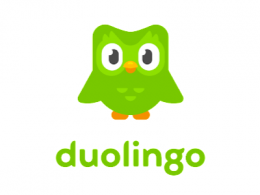 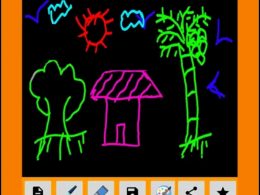 Magic Slate is Amazing app for kids to draw and color or practice alphabets, numbers, drawings Children’s can…
byKirti
No comments

About Shazam App Shazam app is a smartphone app that recognizes the music you hear. It’s the most effective…
byKirti
No comments
Read More

HD Streamz is a live TV streaming app. HD Streamz for PC allows you to watch your favourite TV channels…
byKirti
No comments