Navratri-Diwali will be celebrated with new rules, idols will not be allowed in religious ceremonies, recorded songs will have to be played

Big news about Navratri, concessions can be found as per the guideline of Unlock-5

The Navratri festival is coming up in a few days. It is still difficult to decide whether to be proud or not.

Permission has not been given by the Gujarat government yet. But it seems that now the players will get permission soon.

The Union Ministry of Health has issued new guidelines for precautionary measures during the festive season in view of the Koro epidemic.

Under the new guideline, only recorded songs can be played in Garba and religious ceremonies cannot be touched.

Under the new guidelines, no festive events of any kind can be organized within the containment zone.

At the same time, special instructions have been given for worship, rallies, performances, cultural programs.

According to the guidelines, full planning has to be done for religious programs.

Crowding and social distance have to be taken care of.

Care must be taken in everything from cleaning the venue to taking off one’s shoes. This will be the responsibility of the organizers.

The Deputy Chief Minister’s statement on Navratri has brought good news for the players.

At a function in Patan, Deputy Chief Minister Nitin Patel gave the hopeful news that Navratri could be relaxed as per the Unlock 5 guideline.

There was a rock on Navratri programs held in public places. But the government is considering the Navratri issue with conditions that allow 200 people to gather as per the Unlock 5 guideline.

Deputy Chief Minister Nitin Patel was on a visit to Patan today. They attended various functions in Patan today.

They inaugurated the new building of the Indian Red Cross Society as well as the Blood Bank in Patan.

There is a growing curiosity among the people in the state about the planning of Navratri in the midst of Corona. However, the state government has not yet taken a decision on the matter.

With only two weeks to go before Navratri, the Gujarat government is in a dilemma about allowing Garba.

Earlier, the Deputy Chief Minister’s tone changed after he said that Garba would not be allowed in the big ground.

Deputy Chief Minister Nitin Patel said Garba could be held with 200 people as per the new guideline of Riopan.

On September 30, Nitin Patel said Garba was not allowed in the big field

On September 30, Deputy Chief Minister Nitin Patel said the state was not likely to get approval for a major Garba project at present.

The government has not yet made a decision on how to allow sherigarba at the village level or in cities.

The decision will be taken in the coming days based on the new guidelines of the central government keeping in view the religious beliefs and the concessions given in them.

On September 26, the government canceled the Vibrant Navratri Festival

Earlier, all the major Garba organizers in the state had refused to play Garba. Divya Bhaskar released the news on September 12. Only then did the debate begin as to what the government decides.

Then on September 26, Chief Minister Vijay Rupani said that the Vibrant Navratri Festival at the GMDC ground has been canceled due to Corona.

This year Vibrant Navratri is now being considered on e-platform

The state government has decided not to celebrate Vibrant Navratri in the presence of thousands of spectators at the GMDC Ground this time as every year as it has made Vibrant Navratri famous all over the world as the largest dance festival in the world.

Garba is being played by a group of sailors at the temple and online webcasting is being planned by the tourism department.

For this, a traditional Ras-Garba program is being organized in the temples including Ambaji, Pavagadh, Bahucharaji.

Two young Ras Garba administrators in the city recently announced the cancellation of planning this year due to the increasing number of Koro transitions in Rajkot.

Rajkot has announced the cancellation of Navratri by the managers of Sahiyar and Sargam Group.

CCTV cameras are mandatory to check compliance with the rules
Social distance can be observed during the Garba program i.e. CCTV cameras will be mandatory at the place where the program will be conducted.

At the same time, it will be forbidden to touch idols in religious institutions and pandals.

Collective religious singing-playing religious programs will be prohibited. Recorded religious music can be played at this place.

One would be infected, the other would be coronary
Former AMA president Dr. According to Mona Desai, people have to understand for themselves what they are doing and what they should do.

Whether it’s a cinema hall or Garba, five people get together or 100 get together, but if one person gets infected it will coronize them all. So caution is mandatory.

Masks and social distance must be followed. Otherwise this will be very heavy for us. It is a matter of time before we get together in large numbers,

young people need to understand that it is in everyone’s interest not to socialize. ‘ 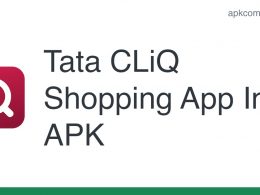