Nokia secretly launched a smart smartphone worth Rs 12 thousand, will get strong battery with cool design 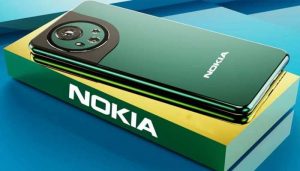 Nokia G11 Plus Price In India

The Nokia G11 Plus comes in two color options – Charcoal Gray and Lake Blue. The company has not disclosed the price of the phone, but it is expected that its price will be around $ 150 (about 12 thousand rupees) and soon it will be available for purchase in select regions. The Nokia G11 Plus has a 6.5-inch HD+ display with a screen resolution of 720 x 1600 pixels. So far, the company has not revealed which processor is powering the device, but it could be the 1.6GHz octa-core Unisoc T606 SoC. It packs 4GB of RAM and 64GB of internal storage along with a microSD card slot that supports storage expansion up to 512GB. Read Also: Best 5 Smartphones Under Rs 15,000

The Nokia G11 Plus sports a dual-camera setup at the back, consisting of a 50MP primary sensor and a 2MP secondary lens. On the front, there is an 8MP snapper for selfie and video calling.

The Nokia G11 Plus out-of-the-box runs Android 12 operating system and the company has confirmed that the device will receive two years of OS upgrades and three years of security updates. It is powered by a 4,000mAh battery

The 10 best internet security software applications have the best features and resources. And they also give protection…
byKirti
No comments