Realme GT 2 has been launched silently. This is the company’s watered-down version of the Realme GT 2 Pro which was launched earlier this month. There are some fundamental changes in the phone in comparison to the Pro version but for the most part, you won’t be able to distinguish both in terms of design and feel. The primary difference is that the phone is powered by last year’s flagship chipset Snapdragon 888. Read Also: Prisma Art Effect Photo Editor

The Realme GT 2 has been launched at a price of Rs 34,999 for the base model with 8GB RAM and 128GB of internal storage. The second variant comes with 12GB RAM and 256GB of storage and it is priced at Rs 38,999. The phone will be made available in the same three colours as Realme GT 2 Pro. You’ll get a choice of Paper Green, Paper White and Steel Black. The GT 2 Realme will go on sale on April 28 at 12 PM. Read Also: Fino Payment Bank CSP Registration 2022 Fino BC Merchant Apply

Processor: The biggest difference between the two new phones in the GT series is the processor. The Realme GT 2 Pro is powered by the Snapdragon 8 Gen 1 but the GT 2 gets Snapdragon 888 chip. The chip is paired with Adreno 660 GPU.

Display: The 6.62-inch display of the Realme GT 2 gets an AMOLED panel with a 120Hz refresh rate. The phone gets FullHD+ resolution. This is another major difference in comparison to the GT 2 Pro which gets a 2K display. The phone gets a screen-to-body ratio of 92.6% and a peak brightness of 1300 nits. You’ll also get Corning Gorilla Glass 5 protection with the phone. Read Also: Next Jio Phone Price, Release Date, Booking, Specs & Features

Battery: The phone does get a 5000mAh battery unit along with 65W fast charging. This specification seems to be the exact same as the GT 2 Pro. Realme assures a 100 percent charge in 33 minutes. 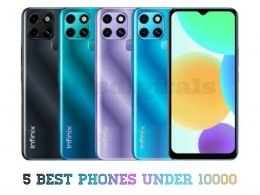 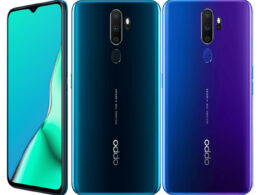 Oppo A9 Price in India 2023, Full Specifications, Features, Reviews, How to buy online?

Spread the loveOppo A9 – Oppo has always been a leading phone brand in the smartphone industry. They are…
byKirti
No comments
Read More

Spread the loveCheapest 5G smartphone of vivo – Vivo Y31S launch, see what is the power of this…
byKirti
No comments